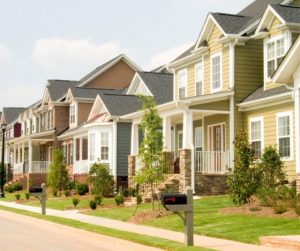 We feel it is paramount to take any projections with a grain of salt. As previously stated, we do not support the CMHC’s projections for real estate. We found an article from Mortgage Broker News that supports our argument against these projections. We feel this quote sums it up!

“Forecasting the recovery time-frame is like forecasting next winter’s snowfall,” McLister told MBN. “How can you confidently know when a vaccine will be widely available, or how many people won’t be rehired, or how long government income support will last, or if mortgage deferrals will be extended, or when immigration will ramp back up, or how many homeowners will panic-sell, and so on and so on.”

On Tuesday, the Canadian Mortgage and Housing Corporation released its summer 2020 Housing Market Outlook, the most recent in a series of wild guesses the organization has made around the post-COVID-19 growth expected in Canada’s major housing markets.

The report forecasts a long road to recovery for Canadian housing but says certain markets will recover faster than others. Cities built around the service sector will likely rebound faster, as companies operating in the space are able to operate remotely. Those reliant on oil and gas, like Alberta’s major metropolitan areas, have been deemed the riskiest in Canada.

“Forecasting the recovery time-frame is like forecasting next winter’s snowfall,” McLister told MBN. “How can you confidently know when a vaccine will be widely available, or how many people won’t be rehired, or how long government income support will last, or if mortgage deferrals will be extended, or when immigration will ramp back up, or how many homeowners will panic-sell, and so on and so on.”

McLister stressed that employment and income numbers remain the key metrics in predicting the future of Canada’s housing markets.

Past recessions have seen significant depressions in home prices, even if only temporarily. McLister says, though, that policy moves like the CERB coupled with a disproportionate unemployment hit to non-homebuying demographics might see Canada avoid the price slumps of 1981, 1990, and 2009.

The report raised concerns around the moratorium on migration due to the pandemic, noting that rental housing will be the most impacted by a lack of new immigrants. McLister agrees, saying a drop in immigration is unlikely to directly impact the purchase market in the short-term. CMHC believes that reduced immigration could lead to a brief decrease in housing starts, which could impact already strained supply levels.

It’s a concern shared by James Laird, co-founder of RateHub.ca.

“[I]n the longer term, we’ll see slowed house construction, which might counterbalance the immigration effects we’d see in the long term,” he says, stressing the important role immigration plays in supporting both population growth and the Canadian housing market.

“Removing immigration takes away a significant variable that was adding a lot of demand in major urban centres,” he says. “We’ve been welcoming hundreds of thousands of new Canadians every year, many of them coming with wealth and looking to buy a home. Until immigration is able to open up again, that will take some demand from the market.”

Edmonton and Calgary are the two highest risk Canadian cities listed on the report, due to their deep economic ties to oil and gas. McLister says brokers in Alberta should “hope oil stays north of $40 a barrel,” and secure a HELOC for clients that might need access to their equity in future.

Vancouver housing sales had been slowly recovering from a recent nadir in 2018/19. The report says the pandemic is likely to slow that recovery even further. Rentals in Vancouver, too, are more exposed to the impacts of rising unemployment and a closed border. Coupled with ongoing construction projects, the report predicts an increase in the supply of rental housing coupled with falling demand.

The report predicts that housing starts in Toronto will rebound in 2021, recovering faster than the rest of Ontario. Sales and prices are predicted to rebound in 2022 largely due to a well-developed service economy in Toronto, especially financial services, which could see economic recovery ongoing in Toronto despite a potential second wave of the virus. The report says that with construction restarting in Toronto, there could be a glut of housing stock on the market that outpaces a depressed demand.

CMHC says Montreal’s housing boom, which hit new heights in Q1 of 2020, was snuffed out by the pandemic. Recovery there may follow a similar trajectory to Toronto’s, but migration numbers in coming years will play an even more significant role in the vacancy rate for Canada’s second largest city.

In this environment of uncertainty and regional disparity, James Laird says that brokers need to rely on practice fundamentals and a commitment to client service.

“The benefit of being a mortgage broker is we’re able to ebb and flow with what happens in the market, when purchases dry up we can refocus on refinances and renewals,” Laird says. “By nature we’re resilient. Brokers need to continue to focus on the financial health of the household and make sure people are prudent with what they’re purchasing and I think we should be fine through the coming years.”

Jenny Gill PREC* and Suzanne Callaghan PREC* are independently owned and operated broker members of VPG Realty Inc.. This is not an offer for sale. Not intended to induce breach of an existing agency agreement.

2020 Jenny + Suzanne Real Estate Advisors, All Rights Reserved. Contents of this website, including the photography & videos, may not be used without written consent from Jenny Gill PREC* and Suzanne Callaghan PREC*. Maximum effort is put towards the details but cannot guarantee, buyer to verify all details.