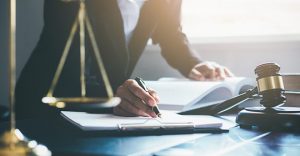 In a recent decision, the British Columbia Court of Appeal confirmed that a seller is entitled to an unpaid deposit owing under a contract of purchase and sale for real estate, even if the repudiation of the contract is accepted by the innocent party. In its decision in Argo Ventures v. Choi 1, the Court confirmed that a seller can sue for the unpaid deposit even after it has accepted the repudiation of the contract due to the buyer’s breach or default.

The facts of the case are as follows: In the summer of 2016, the buyers entered into a contract to purchase a property in Port Coquitlam, British Columbia for approximately $6,500,000, with an initial non-refundable deposit of $300,000 due within ten business days. The buyers decided not to complete the purchase, despite there being a binding contract, and failed to provide the deposit within ten business days of acceptance (as set out in the contract). The buyers breached the contract (by stating that they would not complete the purchase) before the date the deposit was due. The seller accepted the buyers’ repudiation of the contract for failure to pay the deposit on time, thereby terminating the contract, and the seller commenced an action for the amount of the unpaid deposit.

On January 25, 2019 the Supreme Court of British Columbia awarded a judgment against the buyers in the amount of $300,000, plus pre-judgment interest and costs. The buyers did not dispute that the deposit was owing on a certain date and that it was unpaid, rather at trial they put forward a defence of non est factum, stating they were unaware of the changes that were made in the counteroffer which were initialed by them. The defence of non est factum was unsuccessful with the Supreme Court as the judge found that the buyers’ mistaken belief regarding the revisions in the counteroffer, as initialed by them, was due to their own carelessness.

On appeal, the buyers stated that the trial judge erred in its decision and they put forward a new argument that the unpaid deposit was not owing and due, as it was forfeited on the repudiation of the contract. The buyers’ argument had two main aspects:

On the first point, the court refused the buyers’ argument and relied on the principles set out in Vanvic Enterprises Ltd. v. Mack 2,  which state that “where the seller’s right to a non-refundable deposit has accrued before it accepts the buyer’s repudiation, the seller can sue for an amount equal to the unpaid deposit”3.

On the second point, the court refused the buyers’ argument noting that the trial judge did not order the forfeiting of the deposit, but rather an award in damages or debt in an amount equal to the deposit.

Through its decision in Argo Ventures v. Choi, the Court reviewed some important aspects of the law regarding deposits as summarized below:

A seller can claim an award for either damages or debt for an unpaid deposit owing.7 The Court, through its decision in Argo Ventures v. Choi, has confirmed that regardless of when a deposit is due and payable, an innocent seller will be entitled to the deposit (or a sum equal to the deposit) under a contract for real estate if the buyer breaches the contract (and such repudiation is accepted by the seller), even if the breach by the buyer occurs before the deposit was due and payable. In addition to retaining, or claiming an award for, the deposit, a seller may also sue for any damages suffered that exceed the amount of the deposit. Licensees should always advise their clients to seek independent legal advice for any matters related to breach of contract.

Jenny Gill PREC* and Suzanne Callaghan PREC* are independently owned and operated broker members of VPG Realty Inc.. This is not an offer for sale. Not intended to induce breach of an existing agency agreement.

2020 Jenny + Suzanne Real Estate Advisors, All Rights Reserved. Contents of this website, including the photography & videos, may not be used without written consent from Jenny Gill PREC* and Suzanne Callaghan PREC*. Maximum effort is put towards the details but cannot guarantee, buyer to verify all details.